We’ve had the pleasure to meet up and share some drams with the creators of Sherwood’s, a brand new independent bottler from the Netherlands.

Meet Tom Sherwood (38) and Bob de Vaal (32), who began their journey 7 years ago, brewing beer together. Tom is an Englishman who moved to the Netherlands when he was 23 years old. He began drinking whisky when he was 16 years old, don’t tell anyone! He’s a purist, his food and drinks have to be fresh, raw, pure and honest. As does his whisky: as raw and unaltered as possible.

Bob on the other hand, is fairly new in the wide world of whisky. He’s exploring with great curiosity. So we have a whisky purist and someone with an open mind. He shares Tom’s opinion: food and drinks have to be pure. When brewing beer together, the dream of owning and bottling a whisky cask on their own grew. After endless conversations about how awesome it’ll be, they decided to take the plunge. That’s the spirit!

But where to begin?

Soon after they realized how hard it is to get your hands on a good cask, they went on the search to get one from a distillery that produces their own single malts, instead of an obscure distillery that produces only for blends. Bob and Tom went a search for a cask that would meet up to their standards. Their eye fell on a 9yo Craigellachie bourbon-cask. Considering how hard their search had been, they decided to reserve this cask right away, without even asking about the price. This was a godsend and they just had to take the chance.

Whisky making requires a lot of patience. This patience also flows through in the habits of the distillers and cask sellers. Getting a sample of the cask, for example, was an incredibly laburious job. But with great persistence they got the job done, and they realized… we’ve hit the bullseye!

As mentioned before, Tom is a purist. He likes his whisky pure and honest. So he wanted this Craigellachie to be bottled non-chill-filtered, non-coloured and at cask strength, in this case with a whopping ABV of 64.4%. The traditional maturation on American oak fits this character very well. The most beautiful thing in this Craigellachie, is that it’s all about the barley and the process. The cask influence is minimal, so it comes down to the craftsmanship of the distillery. The use of the best barley and not-so-usual worm tubs which defines Craigellachie, makes it a very special spirit-driven dram. It’s strong and crisp, but also sweet and spicy, with an incredibly nice salty layer of smoked ham. But one thing is for sure, this is not for the feint hearted.

The de-premiumized (but pretty) and honest label design, the simple shape of the bottle, the absence of a tube/box and sold at a very fair price. Yes, this is exactly what the pure whisky drinker needs.

As they started to receive their bottles, Bob went on a mission presenting their bottles at liqour stores, bars and restaurants in his own city. Tom and Bob both live in and around Rotterdam, Netherlands, a populair city with his origin of harbor life. Tough, rough and raw are typical characteristics for harbor workers and therefore: Rotterdam. Since they like to serve a pure whisky, this fits the habit of the city.

Local liqour stores responded with enthousiasm and placed their bottles on the shelve. However, bar’s and restaurants weren’t that eager. A local whisky-brand is interesting, but an ABV as high as 64% might be a bit to much serving in a bar. Then again, some dared to take the risk and are happily serving Sherwood’s whisky. It even resulted in a collaboration with Rijke & de Wit [an in 1905 established historical bar in Rotterdam] presenting the second bottle.

The main problem with only having one bottling as an independent bottler, is that people in liquor stores overlook them. They realized they needed a range, so it stands out on the shelves. Liquor stores are more eager to sell something that’s part of a range, instead of trying to sell a bottle that’ll be overshadowed by other brands.

So not long after the initial realizing the dream, they decided to get their hands on another cask. Tom wanted something different, from another region. So when they saw a cask from Orkney that became available, they started the slow process of asking for samples over again and they did well. 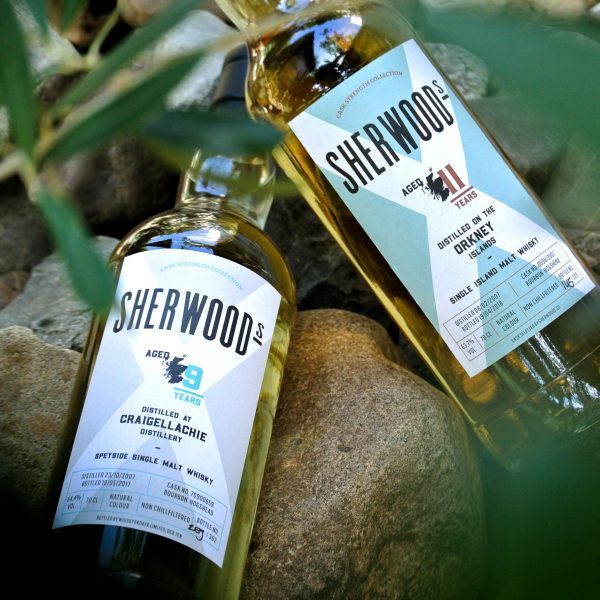 While they can’t name the distillery on the label, this is an Highland Park without a doubt. Also very spirit-driven and matured on American oak, but with a totally different character than the Craigellachie. The ABV is 63.7% and it’s 11 years old. Needless to say, but this one is also non-chill-filtered and has natural colour.

This one’s a lot softer and sweeter, but it’s not hard to understand why Tom and Bob picked this cask, because it fits the range perfectly well. We let our own relatives taste both, funnily enough the less experienced among them liked this one very much. While we are heavily leaning towards the rawness of the Craigellachie.

Of course these chaps won’t just stop here, their search for a third member of the family continues. Will they pick something from our beloved Islay, or maybe it’s Highland’s or Lowland’s turn? One thing’s for sure: it’ll be something we look forward to. 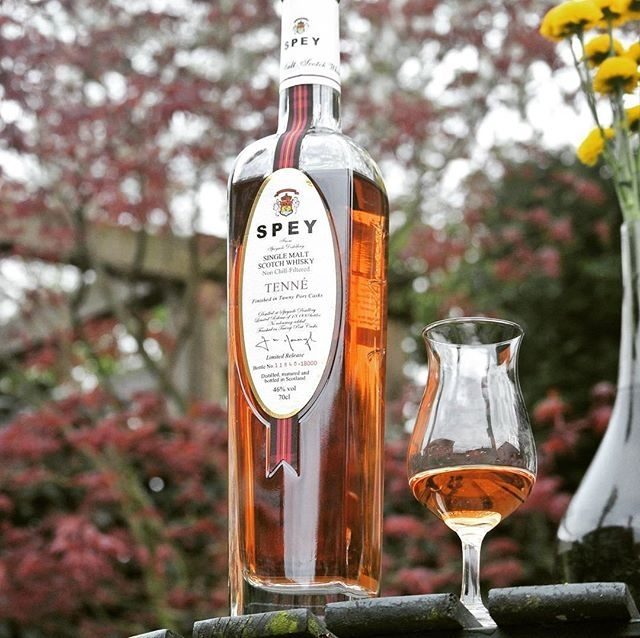 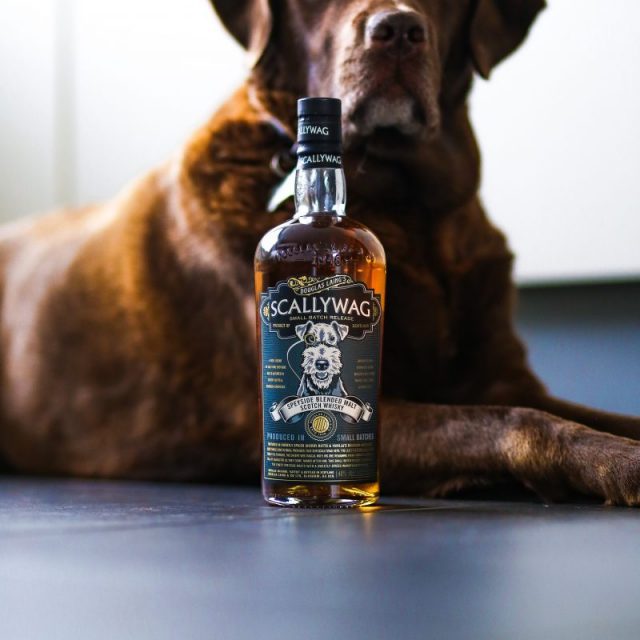