I have to admit, Laphroaig gave us many headaches in our early whisky exploring years. Our good friend Stefan has been a fan since the very beginning and always managed to persuade us into drinking ‘one last dram’ at the end of many whisky nights. And it was almost always a Laphroaig that tipped us over. Either that or an Ardbeg Uigeadail.

There’s one thing you should know about Stefan, he holds on to his bottles for incredibly long times. Not because he doesn’t like to kill a bottle or two, he just forgets about them. And because of that, drinking with Stefan is like stepping into a time machine. Luckily, we are now older and wiser, although you can argue about that. We are now able to enjoy some Laphroaigs before reaching the edge, if at all, and that makes it a perfect opportunity to see what we’ve missed in the early days. Or… if it was for the better.

One of the bottles I’m talking about, is the Laphroaig PX Cask. One litre of juice sets you back 60 euros, although it probably was much cheaper in 2013 it’s still not so bad. In my memory this one was pretty great. It’s bottled at 48% and matured on American oak, quarter casks and Pedro Ximénez sherry casks. I’ll be honest with you, I’m generally not so sure about so many casks for one whisky, but let’s just dive into the tasting notes:

Toothpaste, chloride and salt at first. Not very sherry-ish, but some sweet barley and citrus fruits instead.

Sharp and dry, with licorice root and salt. It becomes smoother after some sips, with more notes of red fruits. It’s warming, but I miss some crispness.

The finish is smoother and offers medical notes, salt, spices and damp smoke with red fruits and currants, but still a dry and peppery character remains.

I think this is a good deviation from the status quo if you’re into a tasting sessions with some hefty peated Islay malts. But it just doesn’t work for me anymore. Like Lagavulin, I prefer them clean and a bit tropical,  I absolutely don’t mind some good medical notes and salt in combination with darker fruits. But when sherry casks are put into the mix, 8 out of 10 times it becomes too damp and muddy for my taste. Sorry Stefan, I think I won’t be the one who kills this bottle for you. I’ll stick to your 10yo cask strength if you don’t mind ;) 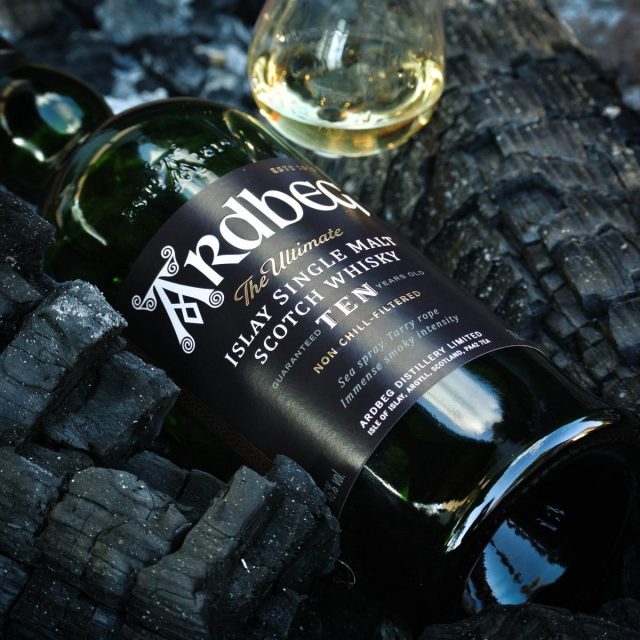 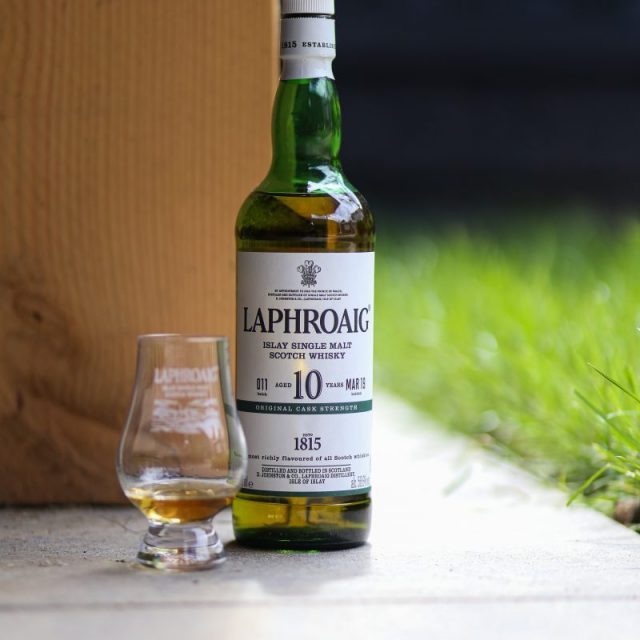