We were very excited to visit the Caol Ila Distillery. As mentioned before i’ts one of Dion’s favourite Islay whiskies and, since it’s one of the first whisky Dennis bought from Islay back in the days, we had to pay them a visit.

Sadly a lot of people don’t take the effort to have a look at the distillery, most of them arrive at Port Ellen and walk the Distillery Path to see Lagavulin, Laphroaig and Ardbeg and they don’t get to see the beautiful surroundings further up North of Islay.

We drove past fields of peat moss, and encountered some sheep along the way. Amazing hills and narrow roads led us to the tremendous Sounds of Islay where the Caol Ila distillery is located. Once arrived we took a quick peek at the shop, and spent some time outside. Weather was sunny, so Dennis decided to take some pictures of the exterior of the distillery and the sight of the Paps of Jura, which you can see across the water. Seconds later Dennis found himself in a sort of a hailstorm, completely surprised he rushed back to the distillery. Only to notice that the sun already had returned when he went inside. Gotta love Islay.

Caol Ila guide Nigel Brown took us for a private tour, but not before he talked about the safety instructions (Hi Diageo!). Caol Ila uses the same barley and peat-levels as its sister distillery Lagavulin, but the whisky is far from similar. You can see, most of the magic happens a bit further up the process. Amazing how, for example the size and shape of the stills have considerable results.

Nigel enthused about Caol Ila and we sat down in the old cooperage to have a special tasting. Since we already knew most of Caol Ila’s range, he decided to skip the core and went straight to the Distillery Exclusive and Unpeated editions. But not before we had a taste of Caol Ila Moch, which according to Nigel is the perfect dram for a summer night, because of it’s clear and tropical flavours. But he also let us know that (just as we do) he highly appreciates the unpeated bottling, so he generously poured us some great drams. The tasting notes of the Unpeated 15yo and 18yo will be online soon. And we also have a 14yo from 2012 in store for you. But first, we’re going to dive in the tasting notes of the Distillery Exclusive, which had an extra maturation on red wine casks, yummy!

Fresh and sweet, tropical notes, citrus, a raspberry peeks around the corner.

Light and fruity, spicy peppers, some peach and red fruits rule the roost.

An incredible whisky that needs some time to develop in your glass, be careful with water though, it’ll kill it.

We’ve had a great time at Caol Ila, Nigel took all the time we needed and answered all the questions we had, we loved the discussions we had about the different bottlings, and we felt very welcome. Thanks! We bought two bottles of the Distillery Exclusive 2017, just to be sure. 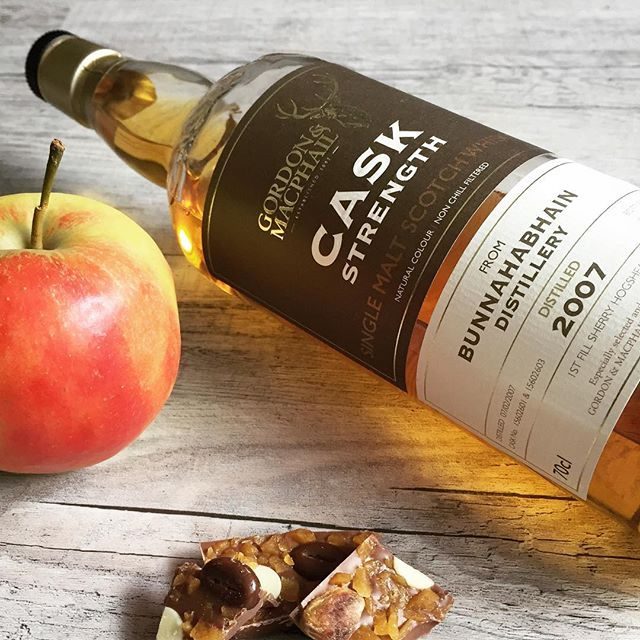